New NielsenIQ analysis shows that while the economies of Canada and the U.S. have yet to meet the standard definition of a recession, consumers in both countries increasingly feel like they’re in one.

This is an odd moment. In the U.S., despite inflation at a 40-year high, job growth is still exceptionally strong. For July, the U.S. Bureau of Labor Statistics reported 528,000 new jobs and an unemployment rate of 3.5%—tied for the lowest since 1969. Though Canada reported an unexpected 43,000 jobs lost in June, the unemployment rate also fell to 4.9%, the lowest since 1976.

And while layoffs have hit certain industries (tech, real estate as interest rates rise and the market cools), there is still great demand for workers.

A recent report from the U.S. Labor Department shows that drops in the price of gas across the country has lowered the inflation rate from the record 9.1% year-over-year reported in June to 8.5% in July—still a record high, but a sizeable decline. The standard condition of a recession— a fall in GDP in two successive quarters—has also yet to be met.

But here’s the catch. Though consumers are finding relief at the pumps, necessities like food are still forcing shoppers in the U.S. and Canada to make difficult spending decisions, fueling a growing sense of unease in both countries.

This is what NielsenIQ analysts are referring to as a consumer recession—when the core habits of traditional consumption have shifted, forcing shoppers to behave as though a recession is already here. They consume less, shift their spend to value retailers and brands, and buy more items on promotion.

The hallmarks of a traditional recession may be missing, but for consumers, it’s all too real.

Canada and the U.S. are interconnected countries. Not only geographically, but in terms of consumer habits and cultures. What happens in one country economically can be predictive of what may occur in the other.

For example, during the Great Recession when the U.S. housing market went bust, the Canadian dollar was briefly stronger than the U.S. Of course, this didn’t last, as Canadians soon found themselves (along with the rest of the world) in a recession as well. In 2022, we may be seeing this play out in reverse.

To quantify this dynamic, NielsenIQ analysts have created scorecards for both countries that take several notable variables—focusing on how consumers say they feel about the economy and what their behavior actually shows them doing.

Our analysts have identified six leading indicators to determine an overall score out of 100%. A score of 100% means that there can be no doubting it, we’re in a full consumer recession. We focused on retail trends, consumer shopping behavior, and brand choice to help us answer the important question—are we in a consumer recession?

As the scorecard shows, the U.S. is nearly halfway to a consumer recession. Of those surveyed by NielsenIQ, 53% of Americans feel they are in a recession right now. It’s not hard to understand why.

CPG inflation has risen to 11%, causing product volume (unit) sales to decline by 2% in the second quarter of 2022. American consumers simply made the decision to purchase fewer items overall, and when they did make purchases, they were much more selective and sought out deals.

On the other hand, while buying on promotion has seen an uptick, promotional sales growth still lags behind the total market. These promotions are also at higher prices than they have been historically, yet with a reduced frequency overall. As the cost of goods and transportation has gone up, retailers are strategically positioning their promotions so they don’t lose money on their products.

While the positive news like the decrease in gas prices may provide some relief, a look at Canada’s consumer recession score could preview what might be coming down the pipe for Americans.

Canada on the brink

To put it simply, Canada is much closer to a consumer recession:

Interestingly, like the U.S., 54% of Canadians feel they are in a recession despite their scorecard indicators suggesting this number should be higher. Their behavior points to a starker reality.

CPG inflation is also high in Canada, coming in at 8% in the second quarter of 2022, forcing consumers to purchase fewer items overall (-5% CPG unit sales in Q2) and increasingly turn to value retailers. Growth in these retailers is substantially higher than the total market as well.

Though Canadian retailers have a history of more frequent promotions than the U.S. (with over 40% of units sold on promotion generally due to higher across-the-board prices), sales on promotions increased by 5% in Q2. In surveyed responses, 92% of Canadians indicate that they are looking to save and actively seeking out lower prices.

The impact on consumer behavior

We are seeing other unifying behaviors in both countries. Americans and Canadians feel less secure about the economy, their incomes, and the ability to meet daily expenses. This has led to some very significant changes in behavior with consumers opting to cook at home and dial back on restaurants and out-of-home expenses.

Considering the global challenges during the past several years, you might think of this as a boomerang effect—when the pandemic first hit consumers stayed home and reduced spending, when the world began to normalize consumers flooded back into the economy, and now with inflation at record highs, shoppers are retreating into their homes.

This retreat produced some interesting spending decisions for consumers. In the U.S., for example, sales are up 14% in the pet category due to rising prices. Yet despite paying more, consumers are actually buying 5% fewer items.

There could be many corresponding reasons for this; surveys show that one in five U.S. households acquired a pet during the pandemic and recent sporadic reports indicate a surge in pet surrenders to shelters due to high inflation, but the most likely reason is that pet owners are having to prioritize necessities like food over treats and toys.

The U.S. has also seen sales rise in the bakery category by 14% with consumers also buying 4% more items—with schools back in person and offices opening back up, consumers have a need for quicker lunches again.

In both the U.S. and Canada consumers are actively seeking out deals, leading many to turn to private label goods. Sales have steadily grown in both countries quarter over quarter, with Canada seeing private label share of the market at 18.4% in Q2 (a 5% increase from the prior year) and 18.6% in the U.S.—a whopping 12% increase.

Consumers in both countries during Q2 are also making more frequent trips to the grocery store but spending less than in Q1—indicating the desire to capitalize on deals and minimize overall spend. 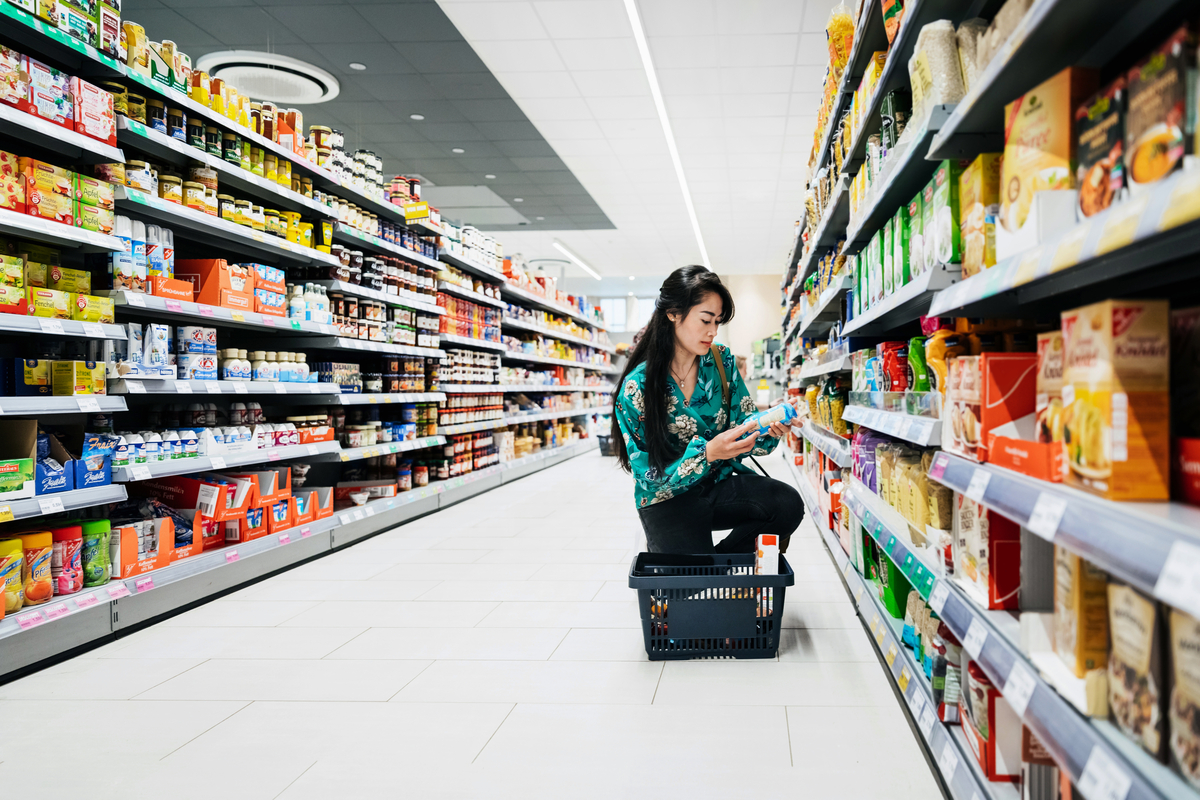 The outlook of consumers in both countries is not exactly rosy. There are many factors impacting these consumer recession sentiments, from the continued pandemic to supply chain shortages and still-high inflation—all of which are unknown and out of their individual control. As a result, consumers in the U.S. and Canada both feel a strong sense of uncertainty.

In a NielsenIQ survey, 56% of Canadians project that they will feel less secure about the economy in six months; 52% of Americans indicated they felt the same. The expectation for both countries is that there will not be a quick fix to inflation—consumers are preparing to hunker down through some hard times for a while.

Whether or not this environment leads to a full consumer recession in both countries is still an open question—but the signs don’t look good.

Stay ahead by staying in the loop.

Don’t miss the latest insights, offerings, and opportunities from NielsenIQ. 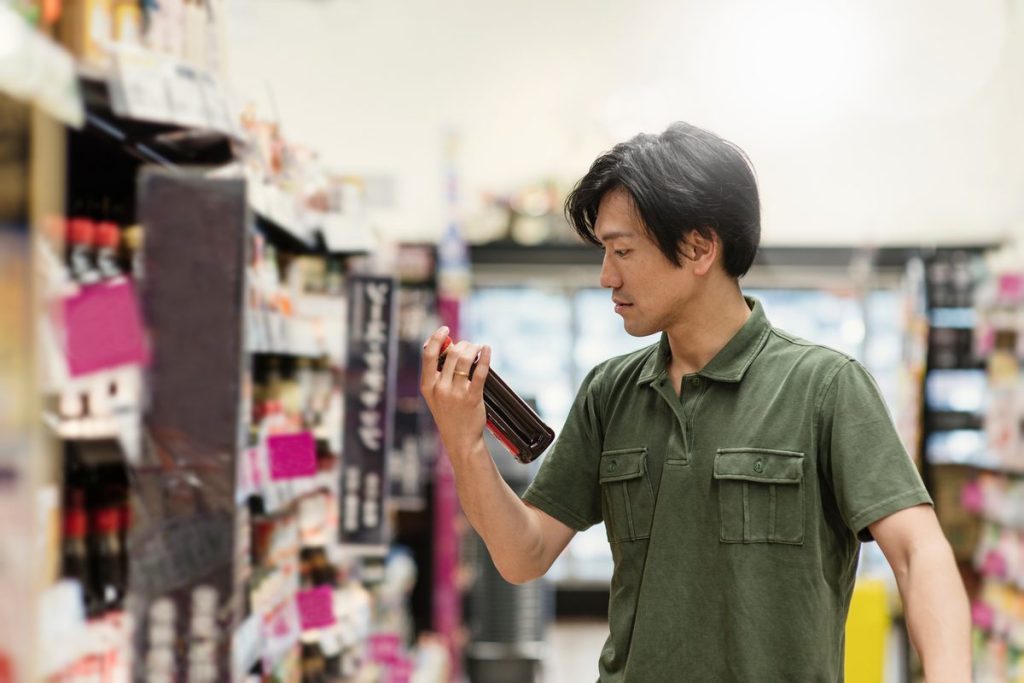 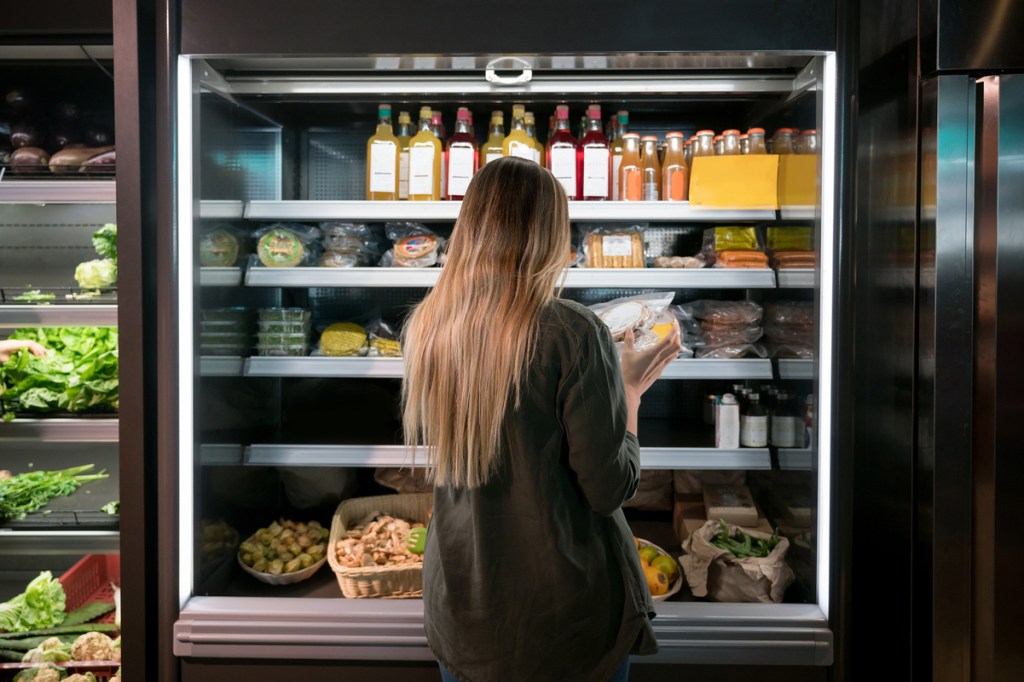